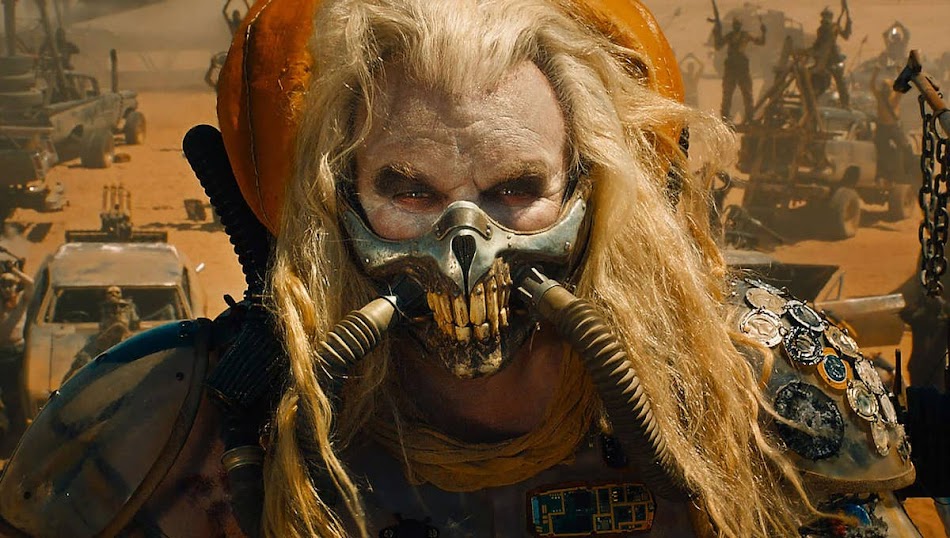 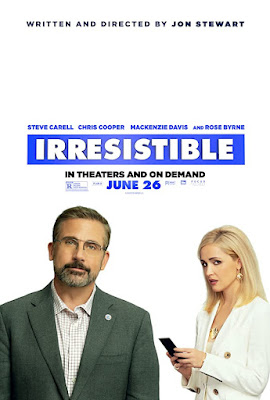 As seen with SILVER CITY in 2004, SWING VOTE in 2008, and THE CAMPAIGN in 2012, timely political comedies usually seem to pop up during election years. Written and directed by Jon Stewart and produced by Brad Pitt, this year's IRRESISTIBLE was another COVID-19 theatrical casualty that saw its intended wide summer release relegated primarily to VOD, which was probably the best venue for it (as you can see to your left, Focus Features really went all out on that poster design). It's a generally bland and forgettable attempt at being Frank Capra with a mean streak, and its satirical digs are toothless and obvious. Stewart's old DAILY SHOW colleague Steve Carell stars as Gary Zimmer, a top Democratic strategist who worked on Hillary Clinton's 2016 campaign and is looking for redemption. He finds his shot in Col. Jack Hastings (Chris Cooper), an ex-Marine and small-town Wisconsin farmer whose YouTube-captured takedown of Republican Mayor Braun (Brent Sexton) convinces him that he's the next face of the Democratic Party. The town--which runs about 95% Republican-- has fallen on hard times, conservative Col. Hastings doesn't think Braun is getting the job done, and it doesn't take much prodding for Zimmer to convince him to run as a Democratic challenger, calling the folksy Hastings "Bill Clinton with impulse control." Zimmer's machinations get the attention of the media, and the story of a little mayoral election in nowhere Wisconsin blows up enough that Republican strategist and Zimmer's 2016 Trump campaign arch-rival Faith Brewster (Rose Byrne) is sent in with unlimited financial backing to work Braun's re-election.


Carell gets to do a lot of his Michael Scott schtick from THE OFFICE, usually dismissing the townies as easily-manipulated rubes, while Cooper and Mackenzie Davis (as his daughter) do the idealistic, salt-of-the-earth "real Americans" bit when they object to Zimmer launching a smear attack on Braun. IRRESISTIBLE gets its biggest spark from Byrne, who dives into her role with gusto in some extremely vulgar ballbusting with Carell (Zimmer, finding Faith at the local coffee shop: "You know how I knew you were here?" Faith: "Your pussy tingled?"), but for someone as astute with the merging of politics and comedy as Stewart, this really errs on the side of cornball and formulaic, right down to its generic title. It's trying to say something about issues of too much money in politics, but it just never catches fire and rarely finds its inner WAG THE DOG, even with a twist ending that just magnifies the sense of cornpone Americana in the guise of contemporary satire. Stewart's barely-released 2014 directing debut ROSEWATER wasn't very good either, so maybe filmmaking just isn't his ideal medium. The supporting cast features familiar faces like Topher Grace and Natasha Lyonne as members of Zimmer's strategist team, and couple of political talking heads put in cameo appearances, but who knows what to make of Bill Irwin's bizarre cameo as a billionaire George Soros-type Democratic donor that sends things into absurdist DR. STRANGELOVE territory for about 45 seconds. It's a genuinely odd, out-of-nowhere gag that's funny but is wasted in this kind of middle-of-the-road "TV-movie with F-bombs" that uses Bob Seger's "Still the Same" over the opening credits and during a later "Hastings catching up on Braun in the polls" campaign montage. (R, 102 mins) 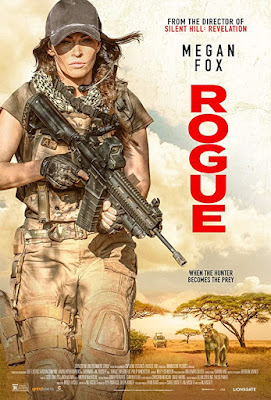 It seems like Megan Fox was everywhere in the late '00s, but other than starring in the TMNT franchise reboot a few years ago and joining the cast of Zooey Deschanel's NEW GIRL for a couple of seasons, she's kept a pretty low profile of late compared to her TRANSFORMERS and tabloid overexposure heyday. She's back in a starring role in the action/horror film ROGUE, not to be confused with the other ROGUE, a pretty terrific 2008 Australian killer crocodile flick that didn't get the attention it deserved. This ROGUE deals with a team of mercenaries trapped on a seemingly abandoned farm in the middle of nowhere in Africa after a botched extraction, only to find themselves at the mercy of a very pissed-off lioness who starts picking them off one by one. It's hard to tell what's less believable here: the CGI lioness, or Fox as Sam, the tough-as-nails leader of the black-ops merc unit. Sam and her team were hired by a beleaguered governor after his daughter (Jessica Sutton) has been abducted by an Al-Shabaab terror cell and human trafficking ring led by Zalaam (Adam Deacon). They rescue the girl and two others, but when their chopper arrives only to be blown out of the sky by Zalaam, they're forced to take the girls and run for their lives, ending up at a farm that's been deserted except for one territorial lioness who doesn't take kindly to intruders on her turf.

Director MJ Bassett, best known for SOLOMON KANE and her TV work with episodes of ASH VS. EVIL DEAD and STRIKE BACK (her 2007 survivalist thriller WILDERNESS is an underseen gem), co-wrote the script with her daughter Isabel, who plays one of the other kidnapped girls, but despite its noble intentions in offering a female-focused genre film, ROGUE fizzles with slack pacing, entirely too many predictable jump-scare kills that won't fool anyone who's seen DEEP BLUE SEA, and Fox just not even remotely convincing as a mercenary. Bassett, who most recently directed the surprisingly not-completely-terrible Universal 1440 DTV sequel INSIDE MAN: MOST WANTED, does get a fun performance out of STRIKE BACK star Philip Winchester as Sam's wisecracking second-in-command, and his running gag involving the Backstreet Boys isn't bad, nor are a few decently-crafted action sequences that don't rely on the amateur-night CGI. The digital lioness is so awful that it seriously looks like a placeholder effect that someone forgot to finish, and it looks even sillier in a couple of scenes where Fox's Sam tries to negotiate with her woman-to-woman, or rather, bitch-to-bitch to reference the star's climactic quip that falls so flat that if you listen closely, you can probably hear the crickets chirping on set. (R, 106 mins)