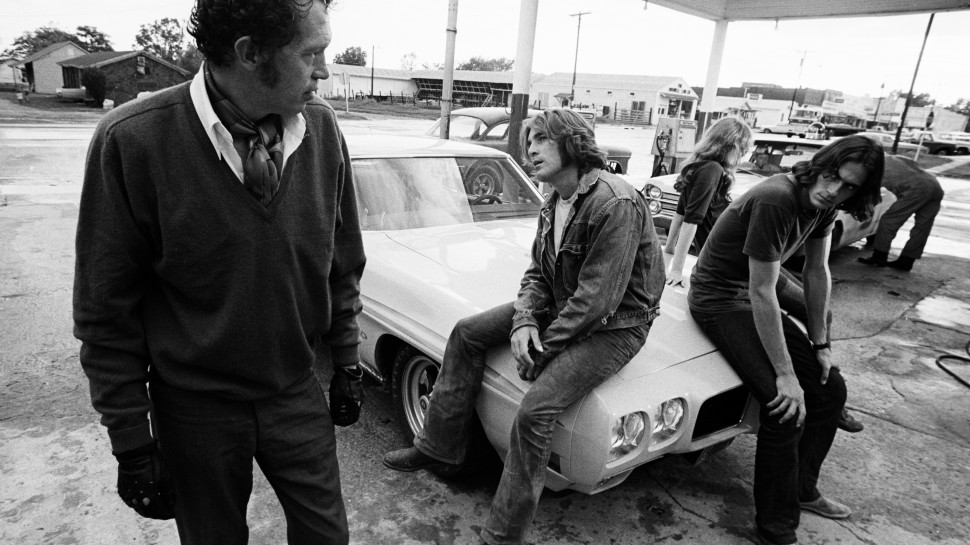 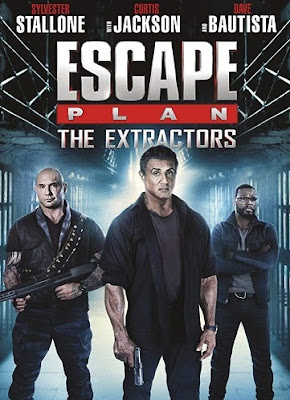 The third entry in the ESCAPE PLAN franchise, ESCAPE PLAN: THE EXTRACTORS was already completed when ESCAPE PLAN 2: HADES went straight-to-DVD exactly one year ago, and it seems to inherently realize that everyone would hate it. That includes star Sylvester Stallone, who hyped ESCAPE PLAN: THE EXTRACTORS in a recent interview by declaring ESCAPE PLAN 2 the worst movie he's ever made. An interesting approach to plugging your latest project, but at the same time, he's not wrong. More or less pretending the dreadful ESCAPE PLAN 2 never happened before anyone even had a chance to see it, THE EXTRACTORS abandons the high-tech, borderline sci-fi of the first sequel and instead expands on a storyline from the 2013 original, which only did modest business stateside but was a blockbuster hit in China, thus leading to these two cheaply-made and largely China-targeted sequels. Chinese tech giant Zhang Innovations is looking to set up shop at an abandoned factory in Mansfield, OH. But the delegation, headed by Daya Zhang (Malese Jow), is ambushed at the local airport by a heavily-armed crew of mercenaries led by Lester Clark Jr (Devon Sawa), and whisked away to Devil's Station, a black site, hellhole prison in Latvia (but played by the Ohio State Reformatory in Mansfield, as seen in THE SHAWSHANK REDEMPTION), with Clark demanding a ransom of $700 million and all of Zhang Innovations' secrets from its CEO, Daya's father Wu Zhang (Russell Wong). En route to Latvia, Clark also abducts Abigail Ross (Jaime King), the girlfriend of prison security expert Ray Breslin (Stallone), in a calculated effort to kill two birds with one stone: Clark Jr's missing-and-presumed dead father was once Breslin's corrupt business partner (played by Vincent D'Onofrio in the first film) and he had a side deal going with Wu Zhang that didn't end well. Obsessed with avenging his father, Clark Jr has devised a way to exact vengeance on both Wu Zhang and Breslin by kidnapping the most precious things in their lives. Of course, this means Breslin assembles his team to attempt an extraction, including Trent (Dave Bautista) and Hush (Curtis "50 Cent" Jackson), and they're joined by Daya's disgraced current bodyguard Bao (Harry Shum Jr.) and her former bodyguard and ex-lover Shen (Max Zhang, who also teamed with Bautista in this year's earlier Chinese import MASTER Z: IP MAN LEGACY)

Boasting a ludicrous 52 credited producers (shockingly, Stallone isn't one of them), ESCAPE PLAN: THE EXTRACTORS is as by-the-numbers as it gets, though at the very least, it's an improvement over the miserable ESCAPE PLAN 2. Bautista probably put in two, maybe three days work ("I'm gonna go check it out," Trent says as he splits from the rest of the group, disappearing for long stretches as Bautista likely headed to straight to the set of AVENGERS: ENDGAME), and I'd be surprised if 50 Cent was there for more than one. But Stallone gets a bit more to do here, and has a well-choreographed and quite brutal climactic throwdown with Sawa, the now-40-year-old FINAL DESTINATION star surprisingly convincing as the bad guy. Stallone can't possibly need this gig, he but seems to be somewhat more invested in the proceedings, perhaps because his buddy John Herzfeld (2 DAYS IN THE VALLEY, 15 MINUTES) is at the helm rather than ESCAPE PLAN 2's DTV/VOD hack Steven C. Miller, the helmer of many of Lionsgate's landmark "Bruce Willis Phones In His Performance From His Hotel Room" series (Stallone and Herzfeld previously collaborated on 2014's ill-advised, barely-released REACH ME, the IT'S A MAD, MAD, MAD, MAD WORLD of inspirational self-help dramas). The bottom line: it's utterly inessential Stallone, but it's got a couple of nicely-done fights (including one with Max Zhang and Daniel Bernhardt, as Clark Jr's chief henchman), it isn't afraid to kill off characters you least expect, and it doesn't overstay its welcome, with the super-slow closing credits rolling at the 78-minute mark, and that's counting the first two minutes of the film being nine straight production company logos. (R, 87 mins) 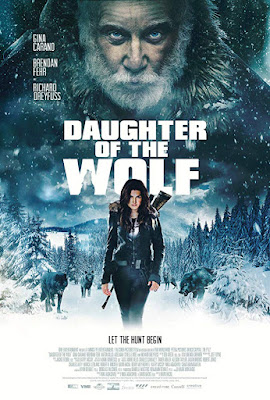 Steven Soderbergh's 2012 action thriller HAYWIRE was supposed to make a star of former MMA fighter Gina Carano. It didn't quite pan out that way, but she's had supporting roles in FAST & FURIOUS 6 and DEADPOOL while keeping busy starring in several straight-to-VOD titles like IN THE BLOOD, EXTRACTION (one installment in  Lionsgate's landmark "Bruce Willis Phones In His Performance From His Hotel Room" series), SCORCHED EARTH, and now DAUGHTER OF THE WOLF. Carano is Clair Hamilton, a career military vet with an estranged son named Charlie (Anton Gillis-Adelman), who's been living in the Pacific Northwest with her father. But when her dad dies, and with Charlie's father out of the picture (killed in an IED blast in Afghanistan when Charlie was an infant), Clair has no choice but to be the parent and repair the fractured relationship with her son. Her plan hits a snag when Charlie is kidnapped and the ransom demand is exactly the substantial inheritance left to her by her wealthy father. She hands over the money as instructed, but two of the three kidnappers try to kill her anyway. She returns fire, killing two and seriously injuring the third, Larsen (Brendan Fehr), forcing him to take her to her son, who's being held by the plan's mastermind, "Father" (Richard Dreyfuss). Father, a grizzled mountain man unencumbered by the law, has a longstanding history of abducting boys and either taking them in as pseudo-adopted sons or selling them off to potential buyers, which is his intent for Charlie as his ultimate vengeance against Clair's dad for an unpaid loan from years earlier. Human trafficking seems like a rather extreme way to get back at a dead guy, plus Father--whose living conditions don't seem to gel with his inexplicable financial security--didn't count on Clair using all of her extensive military training and survival skills to take them on in the brutal cold of the snowy, treacherous mountain terrain.

Directed by David Hackl (SAW V, INTO THE GRIZZLY MAZE, and the John Travolta lineman dud LIFE ON THE LINE), DAUGHTER OF THE WOLF is a pretty dull and tedious affair, plodding along at a slow pace as Carano and Fehr do little but trudge through the snow on their long journey to Father's hideout. There aren't any Oscars in Carano's future, but HAYWIRE proved she's capable of headlining a well-made action vehicle, but that's not what she gets here with its predictable plot, clumsily-staged shootouts, primitive CGI splatter, and phone-app-level explosions. Speaking of Oscars, the only real point of interest here is a slumming Dreyfuss, who's become quite the hammy VOD fixture of late between this, BAYOU CAVIAR, ASHER, and the Netflix movies THE LAST LAUGH and POLAR. He's embarrassingly bad here, playing this supposed criminal mastermind as the deranged love child of Walter Brennan and Strother Martin. The character isn't threatening or scary in any way and half of his dialogue is unintelligible, but Dreyfuss at least seems to be enjoying himself, which is more than can be said for anyone watching DAUGHTER OF THE WOLF. (R, 88 mins)