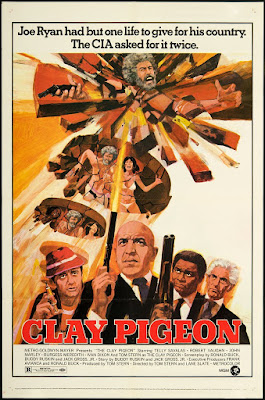 A laughable hippie revenge saga that had to look like a dated relic the day it was released, 1971's CLAY PIGEON was co-written by MOD SQUAD creator Buddy Ruskin but is otherwise an amateurish, heavy-handed vanity project for producer/co-director/star Tom Stern. Born in 1940, Stern was an up-and-coming young actor who had small roles in major films like THE SPY WHO CAME IN FROM THE COLD (1965), THE HALLELUJAH TRAIL (1965), and THE DEVIL'S BRIGADE (1968) before briefly finding a niche in biker movies. ANGELS FROM HELL (1968) and HELL'S ANGELS '69 (1969) did good business on the drive-in circuit, but CLAY PIGEON was a DOA flop that would pretty much kill any momentum the actor and budding auteur had going. Financed independently but distributed by MGM, who no doubt regretted the acquisition and relegated the film to the bottom half of drive-in double bills well into 1972, CLAY PIGEON's only accomplishment was convincing the rest of Hollywood that there was nothing to gain by getting into the Tom Stern game, which had to be a hard lesson learned by the lineup of big-name actors Stern somehow cajoled into appearing in it. 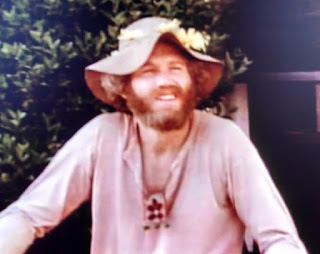 Filmed and edited with all the competence and precision of a classic Al Adamson joint, CLAY PIGEON is embarrassingly bad, and not even in a "so bad, it's entertaining" way. The demand for hippie/biker movies was so heavy at the time that MGM probably didn't care that the film was largely unwatchable. Looking like a cross between painter Bob Ross and MANOS: THE HANDS OF FATE's Torgo, Stern is Joe Ryan, an ex-cop and Vietnam vet who's now a homeless, cart-pushing hippie living on the streets of Hollywood. In one of his many random acts of sticking it to The Man, Joe steals a cop's motorcycle and takes it on a joyride before getting tossed in jail, where he's made an offer by rogue FBI agent Redford (Telly Savalas): go undercover and infiltrate the heroin smuggling operation of L.A. drug lord Neilson (Robert Vaughn). When Joe refuses, Redford sets him up to be mistaken for Neilson in some nonsensical attempt to draw Neilson out of hiding. All parties converge for an impressively bloody shootout at the Hollywood Bowl, filled with all that great '70s blood that looks like bright red paint. Stern (who has never directed another movie) and co-director Lane Slate (who would go on to write numerous TV movies, but also a few theatrical releases like 1972's THEY ONLY KILL THEIR MASTERS and 1977's THE CAR) even throw in an over-the-top, gory axe murder in the wild climax, but it's too little, way too late, especially with a hackneyed groaner of a surprise ending.

Other than the splattery finale, nothing works in CLAY PIGEON. If Uwe Boll time traveled back to 1971 to make a counterculture revenge thriller, it would turn out a lot like CLAY PIGEON. Redford's plan makes no sense (and why is Savalas, for no reason, shown in one scene shirtless and staggering around a fleabag hotel room with his hands in restraints? In the next scene, he's wearing a suit and whatever was going on in the hotel room is never referenced again). There's entirely too many meandering asides that provide some nice time-capsule location shooting around the skeezier parts of Hollywood, but it's mainly just Stern walking around or going to strip joints, or hanging out with some free-lovin' lady friends who can't help but throw themselves at a smelly homeless guy. Stern gives himself a couple of nude scenes, including one where he and two full-frontal hotties in all their '70s bush glory are frolicking in a swimming pool threesome, a scene that producer Tom Stern, in conjunction with co-director Tom Stern, no doubt felt was a necessary component to the development of the character played by star Tom Stern. Action scenes (including a slow motion shot of a highway patrol truck repeatedly flipping over that takes up two minutes of screen time) are jarringly accompanied by mellow and laid-back country, folk, and/or protest tunes by the likes of Kris Kristofferson and Arlo Guthrie. John Marley has a few scenes as a grumbly police captain constantly arguing with Redford, while Peter Lawford appears briefly as Redford's boss. But where else will you see Burgess Meredith as a geriatric hippie scrap metal junkyard owner named Freedom Lovelace? 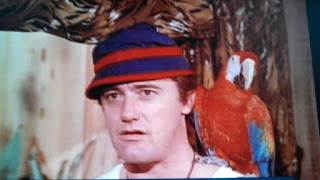 Looking hippie but often sounding like a square, Stern tries to make some big social statements throughout, usually in the most ham-fisted, AFTERSCHOOL SPECIAL way imaginable. He stops to give a finger-pointing lecture to Redford--calling him "Supercop"-- about hard drugs, complaining that the dealers get off because they can afford to bribe judges, but kids "get five-to-ten years for possession of a roach, which in case you don't know it, is a marijuana cannabis joint!" Even Savalas is weighed down by attempts to make his character sound hip to the lingo ("I wanna arise the conscience of this freakout," Redford says of Joe), though there is one good exchange where he tells Joe "Your slang is a little dated," to which Joe replies "Is 'fuck off' dated?" Vaughn's bizarre performance is the only reason to watch CLAY PIGEON. Apparently given carte blanche to improvise and do whatever was necessary to keep himself amused, Vaughn is obviously making it up as he goes along, appearing in a series of increasingly ridiculous hats that Judge Smails wouldn't even try on. In one scene, he gives a rambling, spiritual monologue while wearing a Gilligan hat and a gold chain with a Volkswagen hood ornament attached to it, along with a scene-stealing parrot resting on his shoulder. No matter how insane Vaughn's scenes become or how silly of a hat he's wearing (it's surprising he isn't wearing a propeller beanie for the big shootout), he somehow manages to keep a straight face. The same can't be said for Ivan Dixon, who plays Neilson's chief enforcer, and in several scenes with Vaughn (the bumper pool scene, in particular), Dixon is visibly breaking like they're in an off-the-rails SNL skit. Of course, the home-movie-quality CLAY PIGEON is so badly-made that Stern just left the mistakes as they were. There's a reason this obscurity was never released on VHS or DVD and didn't even get much play on late-night TV back in the day. It's been hard to see for several decades, though Turner Classic Movies recently aired a 1.33 print on their "TCM Underground" series. After this film's failure, Stern sporadically appeared in TV guest spots and occasional B-movies, his last credit being Zalman King's 1998 drama IN GOD'S HANDS. A film more suited to the likes of Independent-International than MGM, CLAY PIGEON, despite how crazy it sounds, has little entertainment value for anyone other than Robert Vaughn completists. If someone put all of his scenes in a YouTube video, you'd have all you need to see of it. 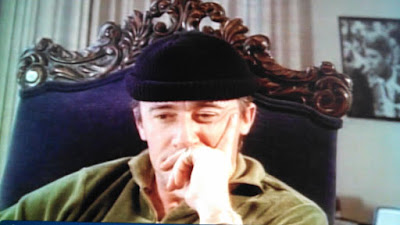 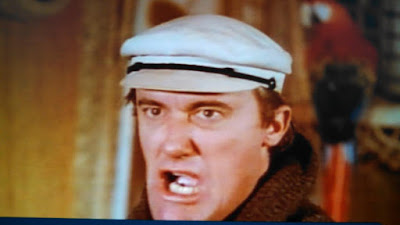 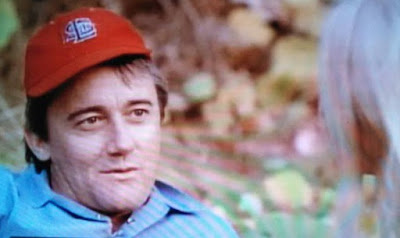 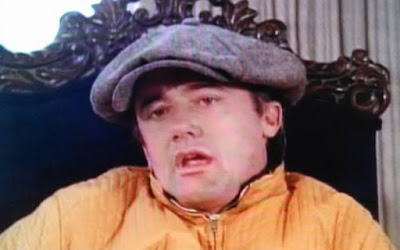